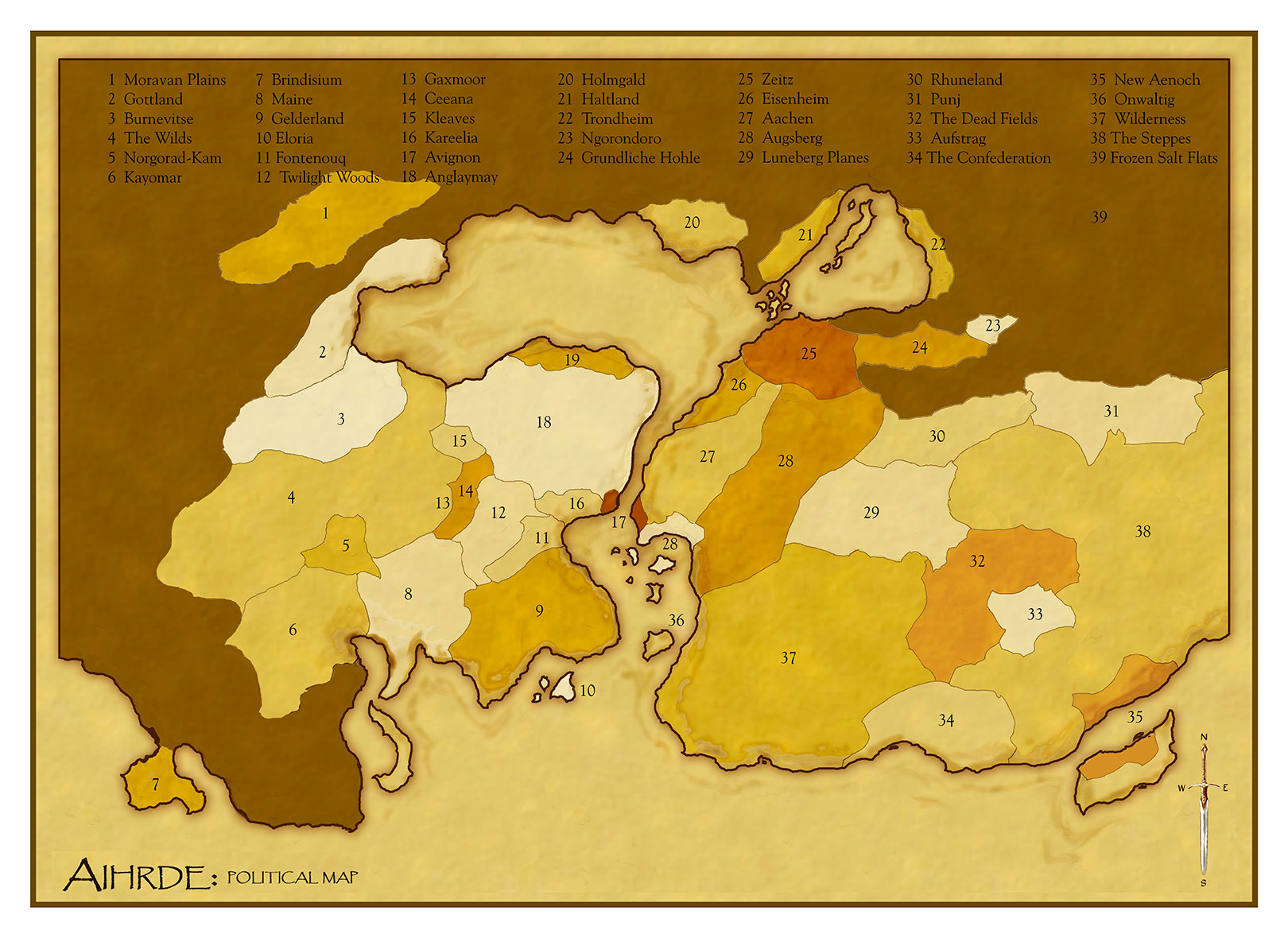 From the ashes of the old world men rose to prominence, and of them all, the tribes of Etrhum and Aenoch were the greatest.

These two tribes left Mount Austein in the early days of their history and settled in the far north. There, they were befriended by Mordius of the Val Eahrakun and they lived contented lives, warmed by the grace of her power. Upon her demise, they were stricken with madness and they wandered reckless in the wild for many years, until at last they came to the southern lands upon the Inner Sea, the Enursalankg.

Upon the confluence of the Udunilay and Uphrates Rivers, the Aeno- chians gathered and built a mighty city, Al-Liosh, and from there they conquered the world. Their power spread beyond the Lands of Ursal and into all the land east and west and beyond the sea. They ruled as god-emperors and Al-Liosh became the center of the world, as all peo-ples came to it and paid homage to the Imperial throne. In time it was called by men the Cradle of the World. And so, it remained for many Rin of the world, for from here Unklar ruled during the Winter Dark.

For a thousand years he ruled and he left his stamp upon all things. But at last he was overthrown in the Winter Dark Wars and driven from the world.

All the free peoples spread far and wide, building new realms on old foundations, and yet the world bore the imprint of Unklar’s thousand year rule. The roads and calendar, all the vestiges of his imperial rule survived. Many of his servants still crawled the earth in search of ven- geance, seeking a way to bring back the dark age. Distance of time re- moves the pain of the Horned God’s rule, and the horror of the Winter Dark is recalled by only the very old.

Aihrde lay a world filled with the promise of adventure and glory, of lost treasure and power arcane, and battle against dark things that linger in dark places, at least until the Red God should return and the Gonfod at last begin.

There are 39 kingdoms and realms, regions and places in the Lands of Ursal. From the medieval castles of Anglaymay, the old Kingdom of Kayomar, to New Aenoch and the orc realm of Onwaltig. It is varied world of many peoples and one of high adventure.