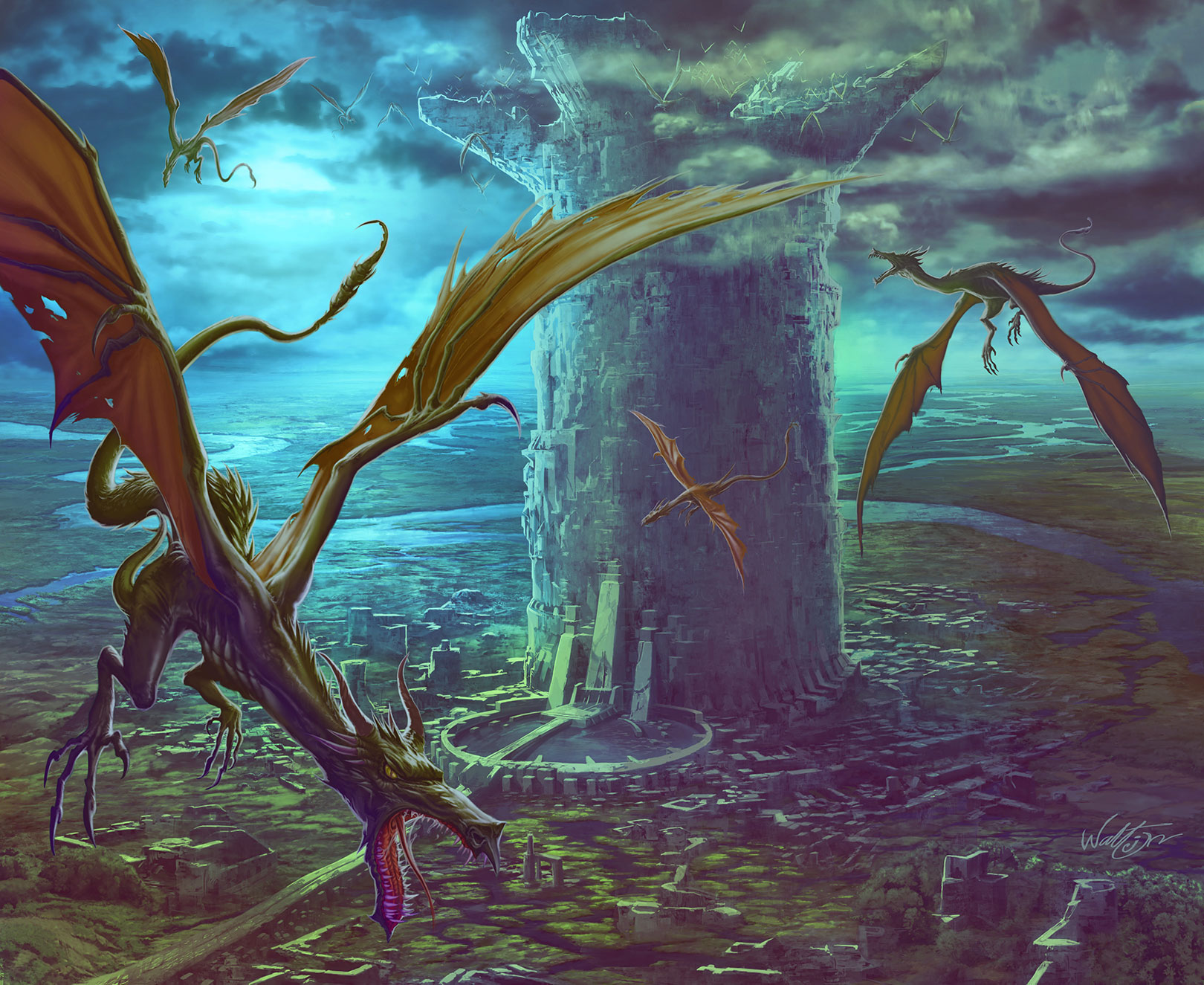 The world of Aihrde spins upon an earth-like axis of ancient civilizations where good and evil have struggled for countless years. It is a world that bears the markings of its past; where ancient evils slumber, stained with the power of eldritch wizardry; where gods dwell in bejeweled halls of wonderment, worshiped by men and women of all creeds; where dragons live in great dens of heaped treasure; where the new stands upon the ruins of the old in beds of ancient glory.

In Aihrde heroes tread in iron shod boots and wizards lean on crooked staffs to plunder the buried wealth and power of the ages. Here, the eternal struggle goes on, age after age, for Aihrde is a world of adventure, of undaunted heroes, untainted by the decadent philosophies of those meek who suffer in the shadows. For here the stone columns of history are wiped clean, awaiting the bold to carve their mark and gain entry to the halls of immortality!

Aihrde is a vibrant world of gods, peoples, of countries and realms, of wild and forgotten places. There are over 50 gods outlined for play, from the Val Eahrakun to the Austrien. A dozen peoples including dwarves, elves, men, halflings, gnomes, orcs, goblins, giants, trolls, dragons and more. Each of 30 plus realms are intimately detailed with history, government, economy, military, present rulers and other specific information.

It is a world’s whose history is long and rich, traced back over 15,000 plus years and includes the Days before Days, the coming of the Dwarves Wars of the Gods, the rise and fall of Kingdoms of men and at last the coming of the Winter Dark when fell Unklar, the Horned God bent the world and the gods to his will and lorded over all from the nightmare realm of Aufstrag (see image above).

All this and more can be found in the Andanuth and the Codex of Aihrde (the Codex of Aihdre book contains the Andanuth). There we learn the tale of the world of Aihrde from its uttermost beginning to the present age. It follows the journey of All Father, the creation of the gods and the world. We learn who the gods are and how they interact long before the coming of the dwarves and man. The story covers the creation of these people and more and all their long journeys and travails from their arrival to the realms of the day. The Andanuth is generously sprinkled with stories and tales of gods and men, dwarves and goblins, war and peace.

Aihrde is a fantasy game world created and written by Stephen Chenault and published by Troll Lord Games. The full world is discussed in a number of publications from the novel The Andanuth to the game setting book the Codex of Aihrde, Players Guide to Aihrde and Monsters & Treasure of Aihrde.